At Late we think it’s a great idea to make the most of London and her resources. In the last few posts I’ve mostly talked about how we can use it in our teaching and with our students but of course we should be using it ourselves too. Galia is a member of the LATE committee and is an avid theatre goer. Below she shares some of the theatre she’s loved recently and in future we’ll be posting about some of the other theatrical and cultural highlights for London English teachers. Please do comment if you’ve got any other ideas or recommendations.

I See Things by Galia Admoni

I’m a Lead Practitioner at a school in North London and I see things. Not dead people or anything. Theatre, mostly. I’ve lived in London my whole life and I’ve been lucky enough to have visited lots of theatres across the city over the years, however since becoming a teacher the visits have become more and more frequent. I think I might have a problem actually. I’m really excited to be sharing my top theatre picks with you and I look forward to hearing your views too – you can comment below or follow me on twitter here: @galiamelon

So read on, and turn yourself into a regular Samuel Beckett with conversation starters like… “what is that unforgettable line?”

My London theatre highlights for April 2017

Consent by Nina Raine (National Theatre) – playing until 17th May 2017

What they say: Why is Justice blind? Is she impartial? Or is she blinkered? Friends take opposing briefs in a rape case. The key witness is a woman whose life seems a world away from theirs. At home, their own lives begin to unravel as every version of the truth is challenged. Consent, Nina Raine’s powerful, painful, funny play sifts the evidence from every side and puts justice herself in the dock.

What I say: ‘Painfully funny’, this is a beautifully acted piece of drama that succeeds elegantly in making the political, personal. The dialogue is fast-paced, holding a mirror up to the intelligent humour and terrifying flaws embedded within the modern legal system. Some of the characters, at times, are truly abhorrent, and yet Raine’s considered character exploration means that they also seem so very human, so very complex and all illicit a measure of sympathy from the audience, in surprising and affecting ways. Nina Raine is definitely a writer that I’ll be looking out for in the future.

See this if: you are interested in how societies’ ‘big questions’ actually impact on people’s everyday lives; you are open to seeing something that might challenge your views and you are comfortable with laughing at what some may deem ‘inappropriate’!

What they say: A ship is wrecked on the rocks. Viola is washed ashore but her twin brother Sebastian is lost. Determined to survive on her own, she steps out to explore a new land. So begins a whirlwind of mistaken identity and unrequited love. The nearby households of Olivia and Orsino are overrun with passion. Even Olivia’s upright housekeeper Malvolia is swept up in the madness. Where music is the food of love, and nobody is quite what they seem, anything proves possible. Simon Godwin directs this joyous new production with Tamsin Greig as a transformed Malvolia.

What I say: As a confirmed Bardolator, it’s unsurprising that I loved this play. What is perhaps surprising however is that so has everyone else I know who has seen it – it’s been an all-out-smash! Tamsin Greig brings a spicy, yet sympathetic flavour to Malvolia; in fact the entire company dazzle in this raucous and beautifully designed piece. The ‘vintage’ feel of the design is really appealing to watch and Shakespeare’s language never fails to impress, whether touching or vulgar!

See this if: you want a feel good, easy watch, but still enjoy the challenge and intricacies of a full length Jacobean comedy.

What they say: ‘Beauty is but skin deep, ugly lies the bone; beauty dies and fades away, but ugly holds its own.’ After three tours in Afghanistan, Jess finally returns to Florida. In a small town on the Space Coast, as the final shuttle is about to launch, Jess must confront her scars – and a home that may have changed even more than her. Experimenting with a pioneering virtual reality therapy, she builds a breathtaking new world where she can escape her pain. There, she begins to restore her relationships, her life and, slowly, herself. Award-winning American playwright Lindsey Ferrentino makes her UK debut with this honest and funny new drama, directed by Inghu Rubasingham (The Motherf**ker with the Hat).

What I Say: A beautifully subtle yet powerful examination of some incredibly relevant, contemporary issues, through the lens of one family’s struggles. High concept design and a heartbreaking performance from all, flecked with touching comedy to keep it all feeling so, so human. Ralf Little and Kris Marshall’s performances are both highlights.

See this if: you like theatre that addresses up-to-date issues.

My Country; a work in progress in the words of people across the UK and Poet Laureate Carol Ann Duffy (National Theatre) – on tour until July 2017

What they say: Britannia calls a meeting to listen to her people. Caledonia, Cymru, East Midlands, North East, Northern Ireland and the South West bring the voices of their regions. The debate is passionate, the darts are sharp, stereotypes nailed and opinions divided. Can there ever be a United Kingdom? In the days following the Brexit vote, a team from the National Theatre spoke to people nationwide, aged 9 to 97, to hear their views on the country we call home. In a series of deeply personal interviews, they heard opinions that were honest, emotional, funny, and sometimes extreme. These real testimonials are interwoven with speeches from party leaders of the time in this new play by Carol Ann Duffy, Poet Laureate, and director Rufus Norris.

What I say: The poetry of Carol Ann Duffy is a melody that sings mellifluously above the ‘human music’ of this piece. The audience well and truly performed the ‘sacrament of listening’ throughout the performance. I have never experienced verbatim theatre in the flesh before and it was a visceral and emotionally charged occasion. And you couldn’t really get more relevant! Heartbreakingly funny too – because we all have to live together through the consequences of the decisions that we made for this country – for better or worse. Listening to the voices in this play though, helps me to feel like it’s not all doom and gloom. Real people should be listened to more often – if anything, that’s what this piece is a testament to.

See this if: you have an interest in people; you’re not afraid to have your views challenged and you love listening to gorgeously poetic language.

In today’s blog I thought I would share some of the amazing work on poetry that English teachers  did at our last conference. The conference was in memory of our good friend and colleague Morlette Lindsay who had a passion for poetry (and hailed from South Africa). Thus the poetry shared below is all inspired by the exhibition on South Africa recently held at the British Museum. The work shop was run by the wonderful Joanna Brown who works with Africa Writes Education and Film Africa working with the annual African literature and film festivals to inspire young writers. I also considered some of the interesting conversations we had on the day.

In this work shop we were given postcards of paintings and artifacts from the museum and were asked to write a poem based on a postcard of our choice. As well as sharing our work we had a lengthy discussion about how museums can inspire curiosity. The previous post to this one LATE was encouraging you to use London as a resource for your teaching and the PGCE students from Kings College came up with some really innovative ideas about what the places can be used for and how children might interact with them.

What came out of the Igniting the flame work shop was a discussion about how young people (a) feel they should interact with museums, galleries and other cultural spaces like theatres and (b) how they actually want to interact. Arguably, writing poetry based on a misunderstanding of the purpose of an object found in a museum might seem like a misuse of the museum’s resources; however, as Joanna and Jen Wilkinson showed us, the work created from that slight misunderstanding can be beautiful. If you are interested in further reading on this topic I recommend Theatre and Museums by J. Jenkins who has concisely written about the performative elements of culture, museums and galleries and how the public and cultural spaces are changing the way they invite people to interact with exhibits. The book is about the move away from cataloging objects and chronological information  towards more interactive and creative ways of presenting and using information. 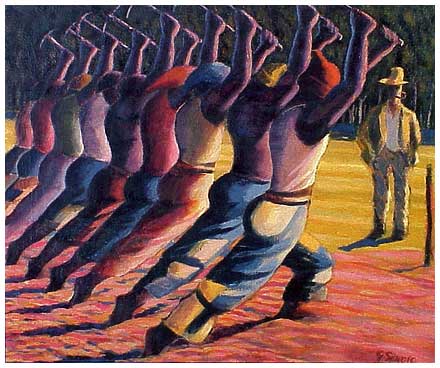 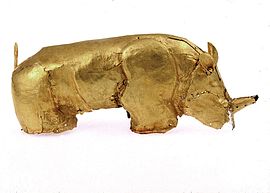 Below are links to a fantastic scheme of work written by Lindsay Home, currently a teacher at Parliament Hill School for Girls. She developed the resources for her scheme of work and gathered the wonderful examples for the presentation, whilst working at an international school in the Netherlands. Her varied experiences inspired her to draw on the vast range of cultural experiences her students had in her teaching of poetry. Basing her scheme of work around that idea ties in wonderfully with the sentiment of LATE and this particular conference. As Harold Rosen so rightly said: The content of the curriculum which the teacher brings to the classroom must respect and incorporate the culture, language and experience which the learner brings there.

< Previous Next >
+ Add your own event Eventbrite

Other conferences and events